Hi everyone. Well you are all very lucky to not only receive two blog posts in two days, but also two writing updates in a month… sort of. I have been tagged in the My writing process blog tour by author Matthew Harffy. The idea is not only to let readers know a few things about your own creative world, but to also link in with the worlds of others. Matthew Harffy and I may write about different time periods but we are linked together by our love of the history of Northumbria, or in Matthew’s case, the Kingdom of Bernicia which joined with Deira to form the Kingdom of Northumbria. You can read all about his writing process and his books here.

Now onto the sacred questions!!!

Regular followers of my blog will know that I have recently decided to split the sequel to TNS1 into two books, as the storyline is too big to be condensed. I am a bit excited about this book as it will be written from a male perspective as well as delving into the Viking side of life as opposed to the female Anglo-Saxon view in TNS1. So there are a lot more battle scenes, more politics, more relationships to unravel, and a few cameos from the first book. By the end of the third book a lot will be answered, especially in relation to Ailith, Leodgar and the fate of the northern earls and King Ricsige.

The Novella is set between the two TNS novels and within the kingdom of Northumbria, but with differnt characters. It is a stand alone story based loosely on the ascension of Guthred Hardacnut from slave to King of York and the move of St Cuthberts relics from Lindisfarne around the Kingdom for seven years. It’s a really interesting story and there is even a cameo from the Archbishop of York in TNS1, Wulfhere.

2) How does my work differ from others of its genre? I think as far as Historical fiction goes as a genre, that before the saxon series by Bernard Cornwell, not many people wrote about this period. Especially when it came to the Kingdom of Northumbria or its history. Scholars and people like myself who have an interest in studying this period of course would have, but the general public still think of the Anglo-Saxon period as a vague time period where not much happened, or they think almost solely of Alfred the Great or the events leading up to 1066. I wanted to bring the earlier time period and one of the lesser known kingdoms into the light and hopefully portray it in a way that more people can enjoy as well as learn.

As far as The Northumbrian Saga goes, it is different in that it is from the perspective of a woman. Don’t get me wrong, I love my battle scenes, but I wanted to stand apart a little from the crowd and perhaps show a different side of the events. I wanted to show how it affected those who were left behind in York while the main Danish army attacked the rest of England. In order to describe the politics of the time, I decided to make Aethelwin a member of the previous royal dynasty, a move that I later realised set me up very nicely for book 3. She is a strong and tough woman with the best of intentions, however she is not your usual heroine. Her fight for Northumbria begins to border on the fanatical and in the end almost loses all of her chances of happiness for herself and others.

3) Why do I write what I do? I guess I kind of answered that above. I just find the time period fascinating. There is so much information out there if you only look. Of course there was once a time when the term Dark Ages was a justifiable term, but in the last ten years at the very least there has been so much uncovered by archaeologists and historians. Plus people are genuinely interested in this era. I have already mentioned the hugely popular series by Bernard Cornwell, but also the History Channel’s Vikings series, Thor, and many other books by authors such as Giles Kristian, Patricia Bracewell, Carol McGrath, Heather Day Gilbert, Paula Lofting, Nicola Griffith, John Snow, Peter Whitaker, Gina Conkle, A J Sefton, Jason Born, Matthew Harffy… honestly the list goes on and on. So that is why I write what I do. Because I want to join these people in bringing a little more awareness to the early medieval period, because it fascinates me and I love learning about it, and because writing is a hell of a lot cheaper than therapy!

4) How does my writing process work? I think this is one of the most annoying and ambiguous questions there are. Mainly because my process changes from day to day and depends on what I am working on (stages of novel or even blog posts or other ideas). I write whenever I have time. I prefer to work in the lounge on the sofa because it’s more comfy than the study (I know, but it is more of a junk room now), and it’s closer to the kitchen and has better light. Plus sofas are extremely useful for spreading out reference books and notepads on. I usually do more writing at night than first thing in the morning for some reason, but if I get a chance I can work during the day. And… well, as far as layout goes, I research and outline first to get the bare bones of the historical timeline sorted, then usually as i’m doing this I get ideas and inspiration for characters and scenes that I then weave in and out of the historical timeline. Then I flesh it out on Scrivener (God send, truly) and then spend what seems like an eternity editing. All through this I pepper thousands of cups of coffee and, don’t judge, sometimes if i’m writing after (or during) dinner I write with a glass of wine. Although usually I am not classy enough to have a red on standby so I have Jim Beam and cola. You would too. Writing is harder than you think!

So there you have it. That is all she wrote, for now.

But don’t despair, if you want to know more about the creative endeavours of writers, then there here are some more that you can check out in the blog hop. 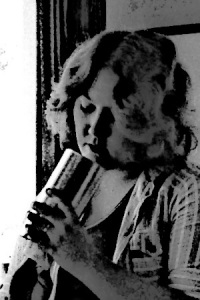 Jai Baidell lives in Canberra, Australia, a very long way from the beach, and writes the blog Canberra—real place, real people. Jai has published two novels, The Corrieva Contract and The Hallami Deal. 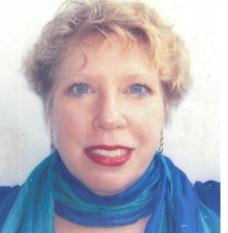 Helena P. Schrader earned a PhD in History from University of Hamburg. As a novelist, she has focused on historical fiction and biographical fiction set in Ancient Sparta, the Middle Ages and World War Two (WWII). Visit her website:  http://www.helenapschrader.com for a complete, description and reviews of her publications, or follow her blog:  http://schradershistoricalfiction.blogspot.com for updates on current works in progress. For more on the Middle Ages visit: http://www.talesofchivalry.com or follow her blog on the Crusader Kingdoms at: Defending the Crusader Kingdoms

Stuart Anderson writes a blog that showcases his love of the Sci-Fi/Fantasy & Horror genres. It was originally started 18 months ago just as a means for him to scribble a few thoughts and self-indulgent opinions on some of his favourite movies etc – all intended with a fair modicum of self-depreciating humour. He doesn’t take himself too seriously!

However, quite unintentionally the blog has morphed into something quite different with the opportunity to review new works and to interview a whole range of people (some well known, some not so well known) within the genre’s mainstream and the more obscure fair! Supporting British productions and the independent-minded. 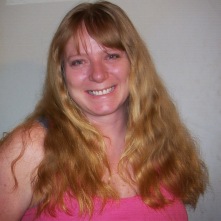 Jen Christopherson is a person of dreams, realistic and extraordinary. Her favorite hobby is to read and her passion for writing is unparalleled. Nothing can stop her when she gets an idea and that is not necessarily a bad thing. She can be stubborn, bullheaded, and, sometimes, even sarcastic, but there is no better person to be around when she is in a good mood. As a child, she read a library and then wrote a library.

And don’t forget, if you enjoyed this post or any other, vote for A H Gray in the Best Australian Blog Awards